Pros and Cons of Using an at-Home Potency Testing Device

Over a year ago, maybe even longer, I started using a handy little device called the tCheck (affiliate link, please use my code: justhilo for a lil discount). It’s a palm-sized device that allows you to check the potency of your infusions, raw flower, concentrates, you name it. I’m not afraid of a little math so I thought, “how useful could this thing even be?”

Turns out it’s pretty fucking useful. I test every infusion I make now. Especially since I don’t always use the same kind of cannabis, nor the same ratios of flower to infusion base. I often give away edibles when I have extras. Friends and family come over and if there’s something in my fridge, I gladly pass it along. What I don’t like doing is handing over a treat that I can’t confidently state the potency of. Especially since I’m not a good judge of potency based on taste. What might put the average person in a heavy sedative state is just a good day to do yoga to me.

So I’d like to go over some reasons why AND why not to add a home potency device to your pot pantry. While I have already linked above to the device that I like to use. There are actually many others.

Since no one likes the bad news, let’s talk about the reasons why not to buy an at-home potency testing device.

What are the downsides of at-home THC potency testing devices?

It requires a smartphone and an app

I think the biggest downside is that all of the devices on the market meant for home use require a smartphone and an app to use. For the price of them, I think putting a touchscreen interface of some kind would be standard but maybe that would put the cost too far out of reach for most. I don’t really know I don’t make products. Perhaps this is a minor negative but I do think it’s an annoying limitation. I want both functionalities.

The devices are expensive

While you can test THC potency without a device, that can be cost-prohibitive too. A 3 pack of tests from plantchek is almost $50. And they recommend using all 3 tests and averaging them out for each sample. Not exactly cheap. On the far end of the price spectrum, there is the Mydx Analyzer which comes with a heft $1100 pricetag. The tCheck, which is the device I use, is about $300 and up depending on any add-on kits you may want (like the raw flower test kit for example). It’s the most affordable option for home potency testing but not exactly cheap. I place it on the same level as my KitchenAid mixer or a great blender -- hard to swallow the bill at first but ultimately worth the price for me.

Are they even really all that accurate?

This is one thing I’m not really sure of. How accurate can they really be? Sometimes I get readings so high that I literally cannot believe it but other times it is spot on based on the math. One thing that’s nice is that software updates can help the devices to become more accurate and better over time. However as I’ve talked about on my channel, I am a bit of a skeptic about the accuracy despite my dependence on the device itself. I will discuss more why that is in the next section but I will say that my personal internal jury is still out despite having great experiences with the tCheck.

You’re not really selling me on getting one here, Lo so why should I get a home THC potency testing device?

A better idea of the potency

Even though I am a tad skeptical about the accuracy of these home testing devices, I do think there’s merit to using them to gauge your work and methods. If nothing else. Now since I’ve said multiple times I’m not sure if I trust the results, I should at least share the article from tCheck about the device’s accuracy.

And despite my reluctance to accept what is probably a fact (these home potency testing devices are pretty accurate), the readouts allow me to feel confident enough that I’m not going to accidentally overdose either myself or a loved one.

Ultimately what I find useful is that I’m able to compare my methods so that I’m getting the most out of my raw materials. I have found approaching my infusions this way has allowed me to figure out how to waste less product in my current kitchen.

In fact, the more I’ve used it, the more I’ve learned that it’s pretty hard to fuck up the infusion process. I’ve been able to speed up my process by using a short decarboxylation time, and learning that I can make a tincture in 10 minutes and that a 2-hour butter infusion is going to be about as potent as a 6-hour infusion (now this does not account for terpenes or other cannabinoids you may want to be infused, this is strictly THC potency).

The tCheck has allowed me to be more consistent with my results and more efficient with my process.

No math on your end

What really makes a testing device like this a dream is the time you save doing math at the end of a long infusion process. In a matter of minutes, you can go from strained butter to knowing exactly how many milligrams there are per milliliter, teaspoon, and tablespoon. I’m unsure what units other devices measure out to, but I’d imagine it’s pretty similar to the tCheck. It makes it a lot easier for me to know that there’s 200 mg/tablespoon of butter when I want to make my morning eggs or a batch of one of my signature cookie recipes.

And even though yes, I can do the math and there’s even a calculator right here on this page, I like not having to think about it.

Would you get a potency testing device to test your cannabis-infused butter and oil?

Ultimately, I think the tCheck is worth the money if you’re making a lot of edibles and want to be more efficient. I also think it’s a worthwhile investment if you are trying to keep track of how many milligrams you’re using or if you’re particularly sensitive to edibles. Don’t forget you can get your own tCheck with a sweet little discount using my link and code: justhilo 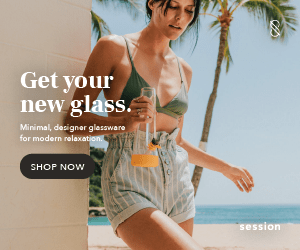